Finally Realizing the Benefits of EHR

Technology may be the answer to increasing doctor to doctor communication and eliminating avoidable medical errors. A new study published in JAMA International Medicine suggests that electronic medical records (EMR) and other important web-based tools can help decrease the occurrence of medical mishaps. The study analyzed how effective web-based tools were at enhancing communication, specifically during patient hand-offs. 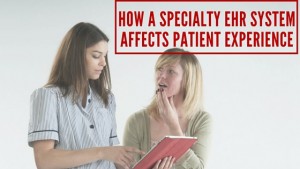 Customer experience is a big deal for businesses today, […]

The healthcare industry is rapidly growing: With innovations in medical tools and new successful procedures performed annually, there is no shortage of change. Just as vital to the industry are solutions that help manage the information of the millions of patients who visit each year. To keep up with the demand and to facilitate the process, adjusting healthcare information management practices is a necessity. Here are three trends that are being implemented.

ICD-10: The Countdown is Over – BHM’s Last Minute Tips

October 1st is here and with it arrives ICD-10. Whether the looming implementation date of the new codes sent your organization into a state of urgency or the date felt like a non-event, ICD-10 is here. There will be a strong focus on the transition to ICD-10 in the coming months and we know it isn't going to be easy, as resources and employees get allocated to fix errors and educate staff. It's important to remember that focus and communication will be key to get through the ICD-10 era. To help make this transition less overwhelming we have complied a list of seven last minute tips to help you successfully transition to ICD-10.

The Status On ICD-10 Implementation [Infographic]

Our guest post this week is from Practice Bridge and covers the very near implementation date of ICD-10. "We will be using ICD-10 in a just over a week. But before that do you know the status on ICD-10 implementation? With the help of coding veterans and influencers, I have come up with few facts most healthcare professionals miss out. In this infographics our experts have shared 6 foundation blocks for successful ICD-10 implementation. Let me break down the facts and foundations for you."

Healthcare Data Breaches: Is 2015 The Year of the Cyber Attack?

From Anthem to Premera Blue Cross, healthcare data breaches have been buzzing in our news feed since the beginning of 2015. But did you know that five of the biggest data breaches in the healthcare industry occurred this year? And that over "92 million individuals" have been affected by healthcare breaches in 2015 already (just up until May). Unfortunately, it's been a big year for cyber attacks and according to Bloomberg Business "nearly 90 percent of health-care providers were hit by breaches in the past two years, half of them criminal in nature, the report found." While many organizations are buffing up on security and creating awareness around the important issues of cyber security and healthcare, a recent survey by KPMG found that only 66% of providers feel they are prepared a cyber attack.